Temporary gallery being built in Orange County by Jason Leith

This coming Thursday, May 9th history is going to be made during the Art Walk.

Sacred Streets is an art show taking place inside a temporary art gallery built for this show. A special tram will travel down Spring Street to a designated pick up point at Spring and Fifth to then continue on to San Julian.  In addition, signage is being set up along Fourth, Fifth, and Sixth streets to help guide people to the gallery at the Union Rescue Mission parking lot.

A temporary art gallery built for a show so the gallery becomes part of the show is probably not historic. But built in Skid Row, the Union Rescue Mission parking lot on San Julian Street, widely known as the most intense street, the “ground zero” of Skid Row; yeah, it’s historic.

The vision for Sacred Streets by artist Jason Leith is “an artist’s vision for the city’s restoration”.

San Julian Street is named after Saint Julian, a medieval wanderer who settled down and opened a refuge for fellow wanderers. In other words, Julian was homeless and began a mission.

“My process begins on the street level, walking past tents, trash heaps, and soup lines on Skid Row, drawing materials in hand. I want to know the people from this community on a personal level, and the best way I know of connecting with them is to make portraits,” said Leith. “To draw a person, in person, is for me a means of being present and attentive to the dignity in them.”

The canvases include old cardboard, rusted metal pieces, scrap wood and used frames abanodoned by their owner as trash. The use of these elements themselves serves a symbolic purpose.

“I draw these portraits on reclaimed objects that have stories somewhat parallel to the people depicted – stories of being found again and renewed. And in the end, I’m interested in the possibility of re-imagining these people and this world in terms of a deep and pervasive sacredness.”

The art gallery will be built of found material such as old carpet, sheets of plastic, wood pallets and will be open following the special Art Walk premiere from 9am to 9pm on May 10th to the 14th.

During those five days will be docent tours of the gallery along with some Skid Row speakers addressing the “vision of the city’s restoration”. But the main purpose of the Sacred Streets gallery is to simply be there. Be there for the Skid Row community to make the space their own in hopes some spontaneous or slightly planned creativity will happen.

You can learn more at sacredstreets.org 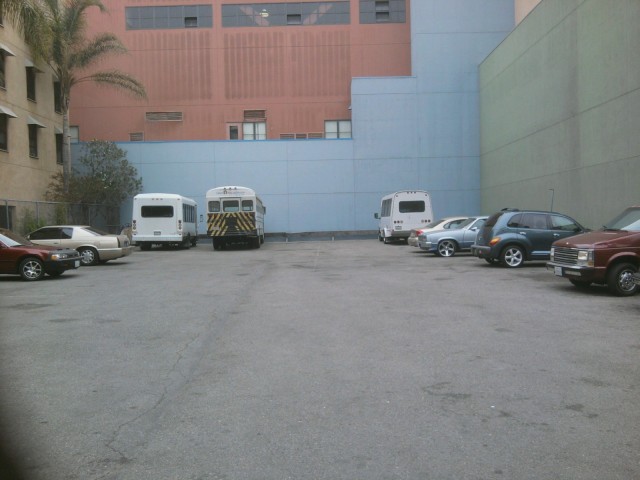 Blogger’s note: The views expressed in this blog post are those of the author and do not necessarily reflect the position of the Trees on San Pedro Street Project editrix, Ms. McNenny. This is a Community improvement blog and not faith-based.