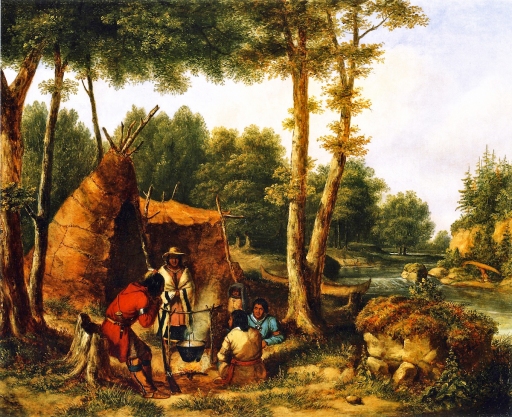 Many of those on the streets of Skid Row live in tent encampments.

Encampment: the place where a group (as a body of troops) is encamped (Webster’s)

Encamped:  to set up or occupy a camp (Webster’s)

From the Book of Ezekiel:  “The hand of the Lord was on me, and he brought me out by the Spirit of the Lord and set me in the middle of a valley; it was full of bones.  He led me back and forth among them, and I saw a great many bones on the floor of the valley, bones that were very dry.  He asked me, “Son of man, can these bones live?”  I said, “Sovereign Lord, you alone know.”  Then he said to me, “Prophesy to these bones and say to them, ‘Dry bones, hear the word of the Lord,   This is what the Sovereign Lord says to these bones: I will make breath enter you, and you will come to life.   I will attach tendons to you and make flesh come upon you and cover you with skin; I will put breath in you, and you will come to life. Then you will know that I am the Lord.’”  So I prophesied as I was commanded. And as I was prophesying, there was a noise, a rattling sound, and the bones came together, bone to bone.   I looked, and tendons and flesh appeared on them and skin covered them, but there was no breath in them.

Then he said to me, “Prophesy to the breath; prophesy, son of man, and say to it, ‘This is what the Sovereign Lord says: Come, breath, from the four winds and breathe into these slain, that they may live.’”  So I prophesied as he commanded me, and breath entered them; they came to life and stood up on their feet—a vast army.”

Okay, I know what you’re saying right now (or I’m pretending I do to keep writing this article).  You’re saying  –  Hey, I get it, through the work of the large Christian missions and the churches/non-profits in Skid Row and surrounding area, the Holy Spirit is going to breath life into the dry bones which are the people on the streets of Skid Row sleeping in tent encampments, and as they get healed they’ll rise up to become a vast army of productive citizens.

Just north of Skid Row off San Pedro Street in Little Tokyo is a small side street – Azusa Street.  The Azusa Street Revival began in April 1906.  Life Magazine in 2001 had a special Millenium issue listing the one hundred most significant events of the past one thousand years from 1000 AD to 2000 AD.  The Azusa Street Revival was Number 68 on the list between the invention of the science of anatomy in 1543 and the invention of the sewing machine in 1851.

When God does something amazing, He leaves no room for human wisdom.  The leader of the Azusa Street Revival was Reverend William Seymour.  William Seymour, the son of slaves, a black preacher leading a multi-racial ministry at a time when in some parts of Los Angeles it was illegal for a black man to be out on the streets at night.

In 1910, William Seymour gave a prophecy that in 100 years there was going to be an outpouring of the Holy Spirit and Shekinah Glory greater than what was experienced at Azusa.

The vast army is already here.  They just happen to be in their tents at the moment.

By Tom GrodeBlogger’s note: The views expressed in this blog post are those of the author and do not necessarily reflect the position of the Trees on San Pedro Street Project editrix, Ms. McNenny. This is a Community improvement blog and not faith-based.