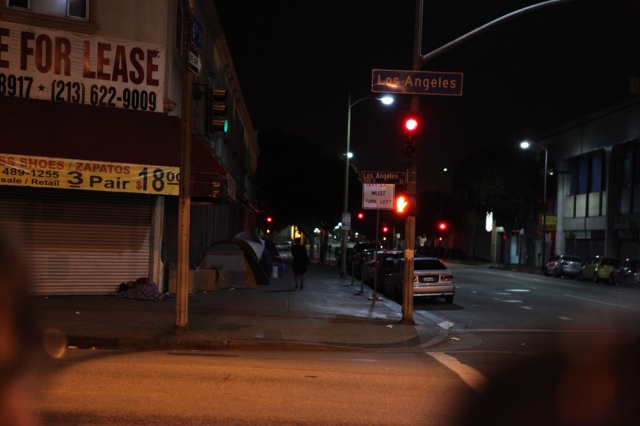 Last week Katherine and I performed a follow up Skid Row street light inventory and found most of the lights we reported out 6 months ago had been repaired. However we counted approximately 39 additional lights that are currently out. Several are in “hotspot” areas where they are most critically needed. These will be reported to the Bureau of Street Lighting for repair as per last time. We will keep at this until all the lights in the area are consistently operational.

Also we have a count of 14 ungrated catch basins in the area that accumulate huge amounts of garbage (in some cases backing up altogether during storm events) and attract rodent populations. These will be reported as well. Catch basin grating should be a logical request at this time while the city is undertaking a comprehensive cleaning and disinfecting of Skid Row that includes cleaning out area catch basins. 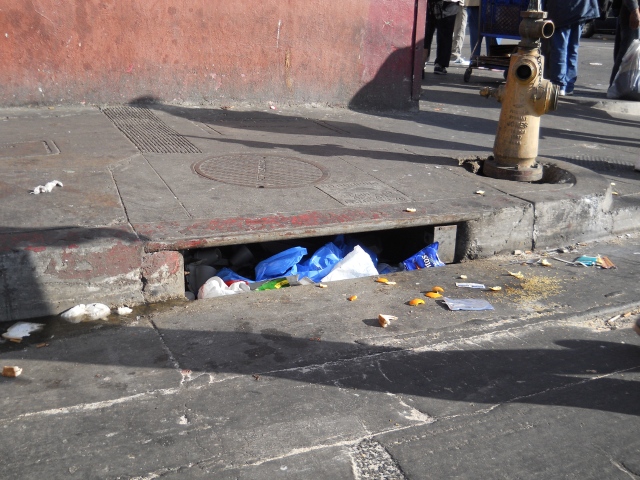 While the city’s current efforts are long overdue, the next question seems to be how will this effort be sustained going forward? Conditions will quickly deteriorate unless remedial action is taken on a regular basis. The Mayor’s office has yet to specify how it will accomplish this. Stay tuned. In the mean time we will continue pushing for more and better municipal services in the area while supporting community-based efforts like the weekly volunteer Operation Face-Lift street cleanings.