This wood tree guard system is currently being utilized in the Tenderloin district of San Francisco. I look to this part of SF for examples of how a similarly dense urban core can green itself against all reasonable odds. I write about the Tenderloin and a guy named Darryl Smith in a previous blog post. 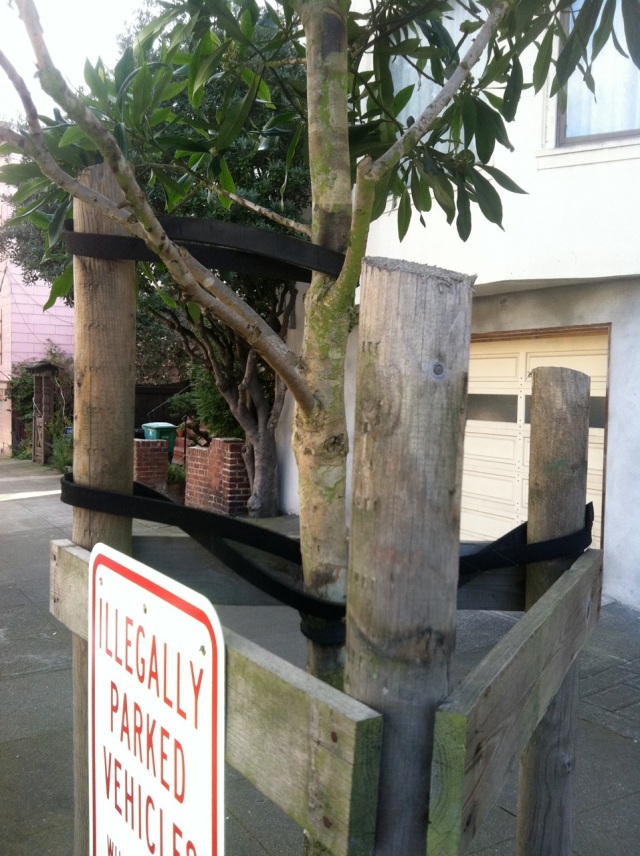 looks protective to me!

This community-my community–the Skid Row Community (& a bunch of super cool volunteers from all over DT and greater LA), planted (7) trees here last weekend. Already, I am concerned about their survival. I reached out to Darryl about my concerns, and he sent me these photos which show how his special Tenderloin “tree guards” are constructed to protect young saplings. He says these things are doing a bang-up job in his ‘hood. 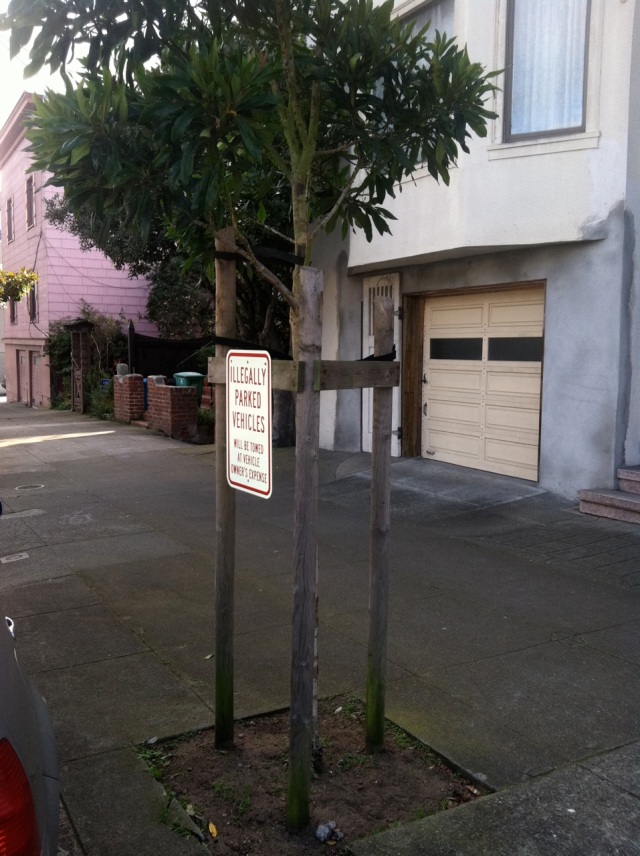 Let’s talk challenges. Like the Tenderloin, Skid Row has a very high concentration of people. This is a hard-core industrial district with many large shipping and receiving warehouses mixed in with several thousand housed people who reside in either SRO’s, lofts or hotels. But, by far, the largest number of people in Skid Row live on the streets- at last count about 4,000 people- around half of which bed down on the sidewalks for the night-the other half of which sleep in the Missions. These elements might on the surface seem impossible to incorporate trees into, but I know it can be done. The result will not be fully appreciated for years to come, yet Skid Row’s people and businesses deserve to enjoy the benefits that the appropriate specie of mature shade trees will bring. I look to the Tenderloin as a case study on greening such an unusual urban landscape.